David Limbaugh: "Is Obama a Christian?" 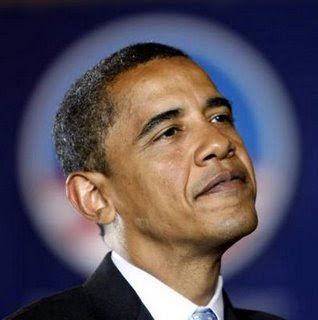 Definitely for the must-read file.

First, let me confess that we can't possibly know for sure whether someone is a Christian, in the sense that we can't read another person's soul. We can sometimes get a pretty good idea based on someone's statements, professions and actions, but ultimately, Christianity is about an individual's beliefs and his faith and personal relationship with Jesus Christ.

With that disclaimer and the further admission that I'm no expert on Islam, let me share with you some factors that I believe merit our consideration on the question of whether he is Muslim, Christian or neither.

In some ways, Obama exhibits a worldview that more closely resembles a secularist than it does either a Muslim or a Christian, especially in his views on social issues. Also, he seems to place a great deal of confidence in himself and in government to bring about transformational change.

How many God-fearing people have you known who would say "we (meaning I) are the ones we've been waiting for" or "generations from now, we will be able to look back and tell our children that this was the moment when the rise of the oceans began to slow and our planet began to heal"? The staggering conceit of these statements cannot be overstated...

Are you more comfortable with a chief executive who, along with the overwhelming majority of Americans, humbly admits to reliance on God or one who projects the impression that he himself is messianic? Which has a firmer grip on reality or comes closer to your own worldview?...

In office, Obama has rarely attended church and has routinely snubbed Christianity and Christian symbols while consistently espousing values inconsistent with the biblical ethic. On the other hand, he has gone out of his way to glorify Islam. He told us in one of his books that the Muslim call to prayer was the sweetest sound he'd ever heard.

The word "revealed" had to have been carefully chosen and was absolutely unnecessary to convey his overtures to the Muslim world. One needn't affirm another person's religion to extend him a hand of friendship and peace.

If Obama truly believes Islam was revealed by God, I can't fathom how he could be a believing Christian. I don't know that Obama is not a Christian, but I am dubious.

(Davd Limbaugh, "Is Obama a Christian?", Washington Examiner)
Posted by DH at 10:49 AM