To Promote Abortion, George Soros Finances Yet Another Apostate Group 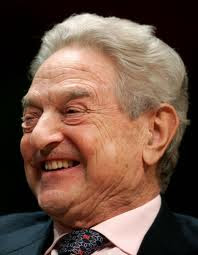 George Soros, the far-left billionaire who has given millions to promote abortion, socialism, the removal of religion from the public square, and other radical "causes," isn't above using a religious front for his nefarious activities. Remember his bankrolling of pseudo-evangelical Jim Wallis which we emphasized last week.

Now here's a report on how some of Soros' mad money is being given to a group of apostate Catholics (posing as defenders of the faith, of course) to dupe Catholic voters into sending back to Washington those sinister politicians who claimed to be pro-life and yet voted for the dramatic extension of abortion via Barack Obama's takeover of the U.S. health care system.
Posted by DH at 2:43 PM