The Shirley Sherrod Story Isn't Over 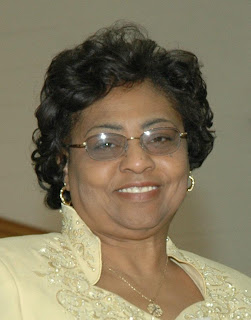 The proglib press got all it wanted out of the Shirley Sherrod story; namely, an angle that it used to slam Andrew Breitbart, Fox News, and conservative bloggers in general. The NAACP and the White House which seemed to be so off-balance in the aftermath of Sherrod's firing have now been restored to good guy status.

However, the ever-increasing powers of that new media that liberals hate so much mean that the real story cannot be so easily dismissed.

And, as the rest of the Sherrod story emerges, there's a lot of embarrassment. But it's not the problem of conservatives but rather for the Sherrods, for her defenders in the MSM, or for all backers of corrupt, Nanny State politics.

Had Andrew Breitbart dutifully written a column detailing how an obscure USDA official, Shirley Sherrod, and her husband, Charles Sherrod, had scammed the government out of millions, the story would have had the range and lifespan of a fruit fly...

Breitbart, however, had put a potentially huge story into play the only way he could -- through sheer provocation. As he knew, and as we are learning, the story goes well beyond Sherrod's long-ago racist mischief-making with a poor white farmer.

This past Sunday, in his weekly column for the San Francisco Chronicle, "Willie's World," veteran black politico Willie Brown confirmed that "there is more to the story than just [Sherrod's] remarks...

And that story is a real wild one.