Boneheads on the Bench: The American Judicial System Is a Cruel Joke 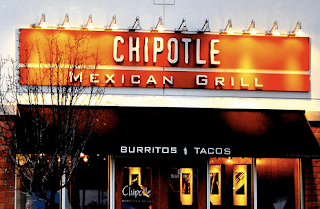 Maurizio Antoninetti, who suffered a disabling injury while in the Italian army and now works for San Diego State University, uses a wheelchair when he goes out to dine. But when he was denied the same "viewing experience" as other patrons at a San Diego Chipotle restaurant (the barrier blocked his view of the counter), he sued.

And finally, it didn't even matter to the court that Mr. Antoninetti is a fellow who seemingly conducts a cottage industry in lawsuits -- over 20 since he came to America!

Note the paragraph below, an extremely damning paragraph that was nevertheless rejected outright by the court.

The [district] court found that Antoninetti had failed to show irreparable injury because he had not revisited either restaurant after Chipotle adopted its written policy and because his “purported desire to return to the [r]estaurants is neither concrete nor sincere or supported by the facts.” It also stated that Antoninetti’s “history as a plaintiff in accessibility litigation supports this Court’s finding that his purported desire to return to the [r]estaurants is not sincere. Since immigrating to the United States in 1991, Plaintiff has sued over twenty business entities for alleged accessibility violations, and, in all (but one) of those cases, he never returned to the establishment he sued after settling the case and obtaining a cash payment.”

The American court system has become a cruel joke.