The Press "Sees No Evil, Hears No Evil" with Obama 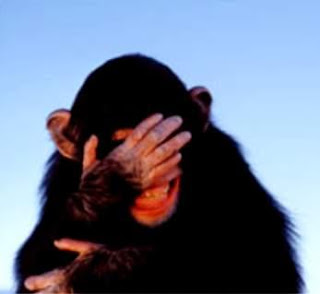 While it is true that President Obama's dismal performance has been so terribly bad that even some liberal journalists have dared to criticize him, the mainstream press remains solidly in his corner. Yes, the Obama administration is so clutzy, so clueless that the media may not find enough to really champion him. But they can still help him out (and help him out plenty) by simply refusing to give proper coverage to the news.

Call it assistance by omission.

Thus, the media gives but minimal coverage (frequently no coverage at all) to the dire economic numbers, the stunning revelations about what the Democrat health care package really does and what it will cost, the president's abysmal job approval ratings, the connections of Team Obama to the corruption being uncovered in the Blagojevich trial, the increasing criticism of our Chief Executive from abroad, the increased casualties in Afghanistan, the foreign policy fumbles, the remarkable refusal to prosecute the New Black Panthers, the appalling lack of qualifications and philosophical balance of Elena Kagan, the crisis of illegal immigration and the ever-worsening catastrophe of the Gulf oil spill.

All of these stories are (at the very least) under-covered by the old guard media and even when they are mentioned, President Obama is left out of the picture. Thus, the oil spill story that shows up on CBS deals only with BP. The Blago story which makes it onto page 5 of the New York Times fails to mention the Obama connections that surfaced in the trial testimony that day. The blurb on NPR about the president's low ratings is passed off as a temporary phenomena caused by the angry anti-incumbent mood of the tea parties.

But escaping hard scrutiny in these stories, let alone the harsh and endless criticism one would expect from the press if the president were a Republican, is altogether absent.

No, despite the occasional break from precedent we may see in the media, it remains extremely friendly to the leftist ideology of Barack Obama. And so it will continue to help him as much as is possible. By spinning what it can. By covering over and pointing blame elsewhere.