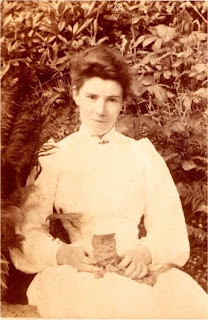 Amy Carmichael landed on the shores of India in 1895. Soon she and her band of native women, called "The Starry Cluster," began teaching the gospel wherever they could gain an audience. But on a trip to the village of Pannaivilai in 1901, Amy met Preena, a child of seven who had been sold by her mother to the Hindu temple to become a temple prostitute.

And for untold numbers of others.

Read what happened in this brief but inspirational article, "The Reluctant Mother: Amy Carmichael" by Susan Verstraete.
Posted by DH at 11:23 AM