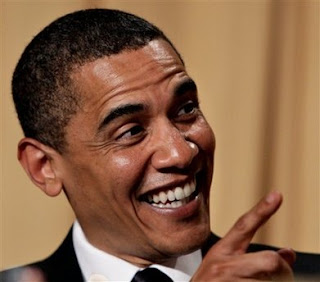 In that Oval Office speech the other night, President Obama vowed, "We will fight this spill with everything we've got for as long it takes."

Why then has Obama not yet waived the Jones Act, an out-of-touch law from 1920 requiring that goods shipped between U.S. ports be handled only by U.S. crews AND in ships made in the U.S. AND owned by U.S. citizens? It's a union thing, of course, and the President doesn't want to offend those who make up a key part of his election base.

But this is an unprecedented crisis. And as new Congressman from Hawaii, Charles Djou, insists, a temporary waiver to this old law is a necessity in cleaning up this awful mess.

As John Fund relates in this Wall Street Journal article,

The Houston Chronicle reports that several countries offered to send sophisticated equipment immediately after the spill but were turned down. The Dutch government offered ships fitted with oil-skimming booms three days after the leak began. Geert Visser, the consul general for the Netherlands in Houston, said the answer from the Obama administration was "Thanks, but no thanks."

Later, the administration relented, allowing U.S. ships to be outfitted with Dutch skimming booms that can remove 20,000 tons of oil and sludge a day. "At that rate, how much more oil could have been removed from the Gulf during the past month?" asks the Chronicle. The paper notes that some offers of help from other countries still haven't been accepted.

And, another very important thing, if the President wants to really get something done about the restoration of the Gulf, wouldn't you think he'd put a guy in charge who was more than a part-timer?

I ask because that's exactly what Obama did the other night. He put former governor of Mississippi Ray Mabus in charge of creating "a long-term Gulf Coast Restoration Plan as soon as possible."

That's one huge job. It will call for a lot of discussion, research, coordination of actions by a gang of different groups at different levels, reporting back to the White House, dealing with the recovery as it effects the states, counties and towns, the businesses and environmental groups...I repeat, this is one huge job!

But Ray Mabus cannot give it his full attention because, remember, he does have another gig. He's still the Secretary of the Navy, for crying out loud!

But neither Obama or Mabus are troubled about the situation. Press secretary Robert Gibbs assures us, “The president talked to the governor about this, and they both agreed that he had the ability to do both."

Remember when George W. Bush went to Donald Powell and asked him to take charge of the recovery efforts after Hurricane Katrina? Powell had another job too. He was head of the FDIC. But both men knew what this new task required. Powell immediately resigned and dedicated himself full time to the recovery.

But even though the BP oil disaster is many times more severe, affects much more U.S. territory, and creates havoc for millions more American citizens than Katrina, the President is confident Ray Maybus can handle it...while still serving as the Secretary of the Navy.

After all, how hard can it be? He's got a few evenings free and there's always the weekends. He can probably even squeeze in a few calls over lunch. He is, after all, a very resourceful guy. (Remember how we won custody of his daughters from his first marriage, by bringing into divorce court the tapes of secretly recorded conversations between he, his wife and a priest?)

Yes, the President has confidence that Maybus will be up to the task even though he can only devote so much time to it.

Wow. Obama's blindness to, if nothing else, the appearance of this appointment is truly remarkable. He pledges to us that "We will fight this spill with everything we've got for as long it takes" and then, for dealing with the long-term restoration plan, the President puts in a part-time guy?

Lord help us, the Chief Executive is dillying and dallying still.
Posted by DH at 12:27 PM