Hanging Out at "The Corner" 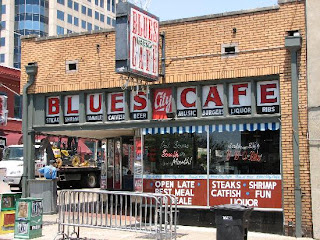 One of my regular reads is The Corner, one of the fine blogs run by staffers of National Review Online. I've urged you to make that a frequent stop as well for there you'll find such interesting, helpful and well-written memos as these I gathered last night:

* Andy McCarthy on Paul McCartney -- "It seems to me that we found out everything we need to know about Paul McCartney back in 2003, when he switched the credits on a number of Beatles tunes to say: "McCartney & Lennon." Imagine you're a living, fabulously wealthy, much adored half of one of the most famous songwriting duos ever, but that's not good enough for your self-esteem; you are so small you need — after 40 years — to start putting your name first, ahead of your long-deceased partner?"

* Charles Krauthammer's (via Fox) on Team Obama's opposition to the court ruling striking down its moratorium on drilling in the Gulf of Mexico: "I'm surprised the administration is digging itself into this hole a lot deeper. It was just handed an out. First of all, the Gulf states are angry as hell over the moratorium because it's destroying the one remaining industry, the oil support industry.

Second, Salazar's own experts that he called in on this have said publicly that they are opposed to a six-month moratorium — actually it endangers safety, because if you cap a well, there’s actually a period of danger, you might as well keep drilling.

And lastly, now they have judicial cover. Now they have a judge [striking down the moratorium]. And they could have walked away.

The fact that Salazar is sticking with this and that they’re going to appeal and they’re going to hang in there on this I think is a measure of how much this administration is in hock to its ecological left.

These people are not going to let him go. They blame the Obama administration for the small opening on drilling, which it did before the Gulf oil disaster, and this is the price that they are exacting. I think it's a big mistake, not just from an engineering perspective or an economic [perspective], I think it's a big political mistake..."

* John Derbyshire on Dr. Bruce Charlton's belief that “Human capability peaked before 1975 and has since declined.” Very intriguing comments.

* Daniel Foster on the socialistic mish-mash being miscast as "Wall Street Reform."
Posted by DH at 10:47 AM