I Thought Comedy Central Couldn't Get Any Lower. (I Was Wrong.) 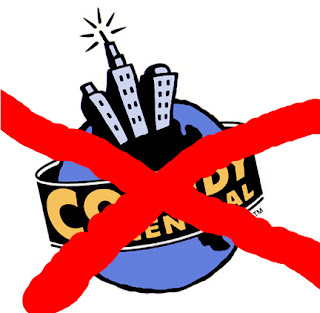 Just weeks after Comedy Central executives censored a program because of its depiction of Muhammad, the network has announced it has a new cartoon series in development that could not be more disrespectful of Christianity. Entitled “JC”, the show will depict Jesus living in contemporary New York City trying to “escape his father’s enormous shadow.” According to Comedy Central, God is “an apathetic man who would rather play video games than listen to his son talk about his new life.”

Once again, while Islam and other faiths are treated carefully and respectfully by the media and Hollywood elite, the Judeo-Christian heritage is open for mockery and ridicule. The Media Research Center is launching a citizen petition to expose this double standard and call on Comedy Central and its parent company Viacom to stop this blatant anti-Christian attack. Please sign the petition today and stand against this egregious double standard...

Quint Coppi alerted me to this petition and I think it's a great idea to sign on AND then add personally contact Comedy Central, Viacom (mailing address: Viacom Inc., 1515 Broadway, New York, NY 10036-5794) and whatever companies dare to advertise on this deliberately offensive program.

Be courteous (we don't wield a scimitar, remember) but be firm.
Posted by DH at 11:45 AM