An Arts Community Protesting Against Cuba? 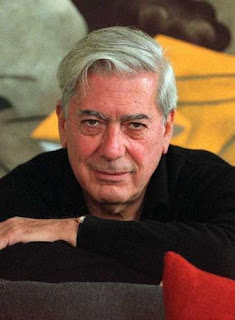 We've seen it before, right? A group of intellectuals, actors and artists get together to protest their country's policies towards Cuba. But wait a sec...this is different.

Because these protesters are from Spain and their beef is that their government is too friendly to the despicable dictators of Communist Cuba.

Now that is refreshing!

The group presented their "Platform for Spaniards for the Democratization of Cuba" just a few days before the summit between the EU and Latin America and the Caribbean was to be held in Madrid. The platform defends "the basic and essential human rights" of the Cuban people -- rights which begin with their choice of living under democracy or "totalitarianism."

It is a principled call for freedom and justice that citizens can also sign. (I did.)

Vargas Llosa called on Spain to recognize that Cuban dissidents are only asking for “democracy, freedom, for their citizens’ rights to be acknowledged: the right to dissent, to criticize, to organize politically, to elect their own leaders, to travel, to work in freedom.” He then emphasized that the signatories of the document called on Prime Minister Jose Luis Rodriguez Zapatero to drop Spain's policy of rapprochement with Cuba, which they said had led to "no result."

Vargas Llosa admits that this new effort "may seem like a small gesture, but for those who resist the dictatorship in difficult, even heroic, conditions, it is something very important."

For more see "Spanish Artists Launch 'Platform for Democracy' in Cuba" (AFP) and "Artists, Writers Protest for Democracy in Cuba" (Latin America Herald Tribune).
Posted by DH at 11:13 AM