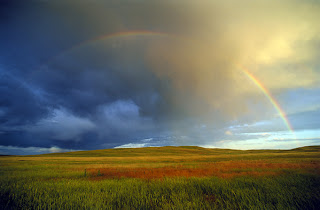 Nebraska lawmakers moved the state back into the spotlight of the national debate over abortion on Wednesday night. On a 38-5 vote, senators advanced a bill that would set a "bright line" when abortions could no longer be performed in the state.

Legislative Bill 1103, which was advanced to the second round of debate, would prohibit almost all abortions starting 20 weeks after fertilization — a point selected because that's when some experts believe a fetus begins to feel pain.

The bill, introduced by Speaker of the Legislature Sen. Mike Flood and 22 co-sponsors, is sure to spark a new legal battle over abortion rights that could go all the way to the U.S. Supreme Court...

The World-Herald later says that LB 1103 would "chip away at a key provision of the landmark Roe v. Wade decision." But, in truth, Roe v Wade was much more than a "landmark." It was a starkly unconstitutional decision which, in sweeping away each and every regulation of abortion that had been enacted by legislatures of all 50 states, was an affront not only to our nation's historic sanctity of life ethic but also to the balance of powers which are critical to the effectiveness of democracy.

And "chipping away"? Hardly a suitable term for something that would, in fact, build in the most common-sense and humane protection for viable preborn babies.

A better story was filed by the Lincoln Journal-Star:

The Nebraska Legislature took a step Tuesday night toward easing the state's abortion ban away from a nationally accepted standard of the viability of an unborn baby. A bill (LB1103) that gained first-round approval would move Nebraska's ban from the 24-week standard to 20 weeks.

But changing the date of viability wasn't the intent, said Speaker Mike Flood, the sponsor of the bill. "My bill doesn't have to do with viability. It has to do with when the fetus feels pain," Flood said. "That is a life ... worth protecting. To the extent there is consensus (on feeling pain), it's at 20 weeks," said Flood, of Norfolk.

At 20 weeks, the fetus will avoid painful stimuli, he said. Doctors give anesthesia to a fetus at that age when performing surgery or other procedures. The state has a duty to define its interests in the abortion debate, he said, and an obligation to protect life. The bill would be the first of its kind -- based on pain felt by a fetus.

Sen. Brad Ashford of Omaha, chairman of the Judiciary Committee, said Flood had done the state a valuable service in bringing a bill that allowed a discussion on where the line of viability should be drawn.

"I think Speaker Flood is right. I think the line is 20 weeks," Ashford said. "There is no question that there is fetal pain. ... Discussing this issue is very, very important."

The bill advanced to second-round debate on a 38-5 vote.

Lincoln Sen. Danielle Conrad, Lincoln Sen. Ken Haar and Omaha Sen. Brenda Council led the opposition to the bill, saying it was flawed, unconstitutional and put the state between a woman and her doctor.

Flood said he knew there was no more divisive issue than abortion. And it was particularly hard during the hearing on the bill to listen to situations of couples faced with advanced pregnancies in which unborn children had potentially fatal conditions. He didn't want to hurt people with his bill, he said.

"But I also ask the question, why does a baby that's going to be born with a disability become a better candidate for an abortion? Does their disability make them less human? Are they less deserving of the state's protection?" he said...

Senators accepted an amendment that would have the law go into effect on Oct. 15, three months later than it normally would become operative.

The law surely would be challenged in court, Conrad said, and both sides would need time to prepare for that.

Notes of thanks for Speaker Flood are very much in order. And other notes? Well, I'll let you know the vote breakdowns when they come in.
Posted by DH at 10:43 AM