Was the KGB "Working" the World Council of Churches? 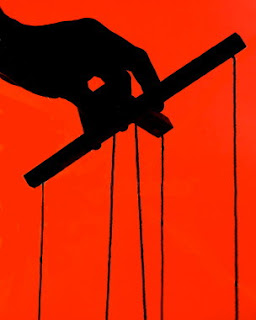 Most conservatives believe (and correctly so) that such liberal religious groups as the World Council of Churches, the Conference of European Churches, and the Christian Peace Conference were naively seduced by "liberation theology" which, in turn, created sympathy for even the totalitarian regimes of the Soviet Union and its Eastern Bloc countries.

But a new book by Bulgarian Momchil Metodiev argues the connection was more than ideology. He says the KGB was more actively pulling the strings inside these groups than anyone dared imagine.

Here's a review of Metodiev's new book by Mark Tooley of the Institute for Religion and Democracy. It's a good article but Tooley's concluding paragraphs are particularly provocative.

Only after the collapse of East Bloc communism did some WCC officials sheepishly admit they should have said a bit more about religious oppression under communism. But they also disingenuously claimed that their cooperation with East Bloc churches and even East Bloc governments had opened doors that facilitated the Cold War’s peaceful conclusion. “The stances taken by the WCC in favor of justice and peace did not follow any KGB script, but the Gospel of Christ, the prince of peace whom we meet among the most vulnerable and suffering people,” Robra assured ENI.

Books like Metodiev’s, based on research in communist archives, increasingly are confirming that the WCC and other religious groups did follow the KGB’s script during much of the Cold War. The question is, as the WCC continues its far-left advocacy, whose script does it follow now?
Posted by DH at 11:24 AM