Experts in "Sustainable Living" Decree: Your Dog Has Got to Go 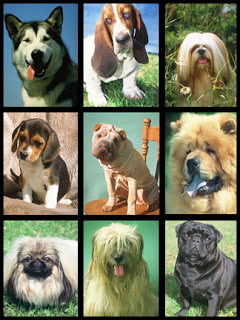 Back in October I gave you a post (A New Environmental Wacko Target? Dogs!) dealing with a wave-making book with the uncomfortable title, Time to Eat the Dog: The Real Guide to Sustainable Living.

Well, the book is still making waves as two groups find their usually compatible worldviews (both reflecting a pantheistic subhumanism) engaged in a serious clash of values.

Man's best friend could be one of the environment's worst enemies, according to a new study which says the carbon pawprint of a pet dog is more than double that of a gas-guzzling sports utility vehicle.

But the revelation in the book "Time to Eat the Dog: The Real Guide to Sustainable Living" by New Zealanders Robert and Brenda Vale has angered pet owners who feel they are being singled out as troublemakers...

To confirm the results, the New Scientist magazine asked John Barrett at the Stockholm Environment Institute in York, Britain, to calculate eco-pawprints based on his own data. The results were essentially the same. "Owning a dog really is quite an extravagance, mainly because of the carbon footprint of meat," Barrett said.

Other animals aren't much better for the environment, the Vales say. Cats have an eco-footprint of about 0.15 hectares, slightly less than driving a Volkswagen Golf for a year, while two hamsters equates to a plasma television and even the humble goldfish burns energy equivalent to two mobile telephones.

But Reha Huttin, president of France's 30 Million Friends animal rights foundation says the human impact of eliminating pets would be equally devastating. "Pets are anti-depressants, they help us cope with stress, they are good for the elderly," Huttin told AFP. "Everyone should work out their own environmental impact. I should be allowed to say that I walk instead of using my car and that I don't eat meat, so why shouldn't I be allowed to have a little cat to alleviate my loneliness?"

Sylvie Comont, proud owner of seven cats and two dogs -- the environmental equivalent of a small fleet of cars -- says defiantly, "Our animals give us so much that I don't feel like a polluter at all. "I think the love we have for our animals and what they contribute to our lives outweighs the environmental considerations. I don't want a life without animals," she told AFP."

But sentiment isn't quantifiable. The impact of pets is.

And pets' environmental impact is not limited to their carbon footprint, as cats and dogs devastate wildlife, spread disease and pollute waterways, the Vales say.

With a total 7.7 million cats in Britain, more than 188 million wild animals are hunted, killed and eaten by feline predators per year, or an average 25 birds, mammals and frogs per cat, according to figures in the New Scientist.

Likewise, dogs decrease biodiversity in areas they are walked, while their faeces cause high bacterial levels in rivers and streams, making the water unsafe to drink, starving waterways of oxygen and killing aquatic life.

And cat poo can be even more toxic than doggy doo -- owners who flush their litter down the toilet ultimately infect sea otters and other animals with toxoplasma gondii, which causes a killer brain disease...

So then, is it at all possible for the "green-conscious" pet owner to find a solution? 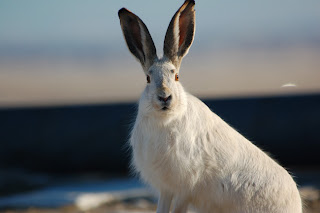 But the best way of compensating for that paw or clawprint is to make sure your animal is dual purpose, the Vales urge. Get a hen, which offsets its impact by laying edible eggs, or a rabbit, prepared to make the ultimate environmental sacrifice by ending up on the dinner table.

"Rabbits are good, provided you eat them," said Robert Vale.

For more on these matters of radical environmentalism and animal rights (you preachers out there are always troweling for sermon illustrations), you may find the following Vital Signs posts of interest: Sexist, Irreligious, Hypocritical: PETA is the Pits; Secular Subhumanism; Think the Country is Going to the Dogs? The Animal Rights Lawyers Think That's Just Fine; and People vs Pets.
Posted by DH at 9:42 AM