Hello, Police? My Country Has Just Been Stolen From Me. 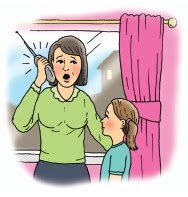 Robert Costa over at NRO's "The Corner," has a very sobering post quoting Republican Senator Judd Gregg on the ugly "New American Era" that we've been shoved into.

American government changed last night. “We are now functioning under a parliamentary form of government,” says Sen. Judd Gregg (R., N.H.) in a conversation with NRO. “An ideological supermajority in Congress, along with a government run by community organizers, has taken over.”

“They’ve taken over the student-loan program, they’ve taken over the automobile system, and now they’re taking over the health-care system. There is no limit to their belief that people should be controlled by smart bureaucrats in Washington,” says Gregg. “They’re putting our country on a path that will reduce the quality of life for the next generation, undermine our nation’s wonderful exceptionalism, and Europeanize our economy to curb its growth.”

Harry Reid’s health-care bill “was purchased,” says Gregg. “Our system of checks and balances is gone. We now have a government that lurches with great speed even though our system is founded upon incremental change.” And don’t hope that the House stops the runaway train, he says. “I think the House is ideologically even further to the Left than the Senate. There are many people there who are committed to taking us down the road toward nationalization.”

“In the future, discretionary dollars won’t be able to be spent on college or a new house, but on this massive new burden for Americans,” says Gregg. “Eventually, at some point, the pressures on the private sector will tip the scales so that employers offering private insurance send people over to the health-care exchange. It’s all part of their ultimate goal to get a vast amount of people subsidized by the government.”

This is an “unsustainable course for our nation,” says Gregg. “We can’t sustain the debt we’re adding. Soon we’ll reach banana-republic status.”
Posted by DH at 10:22 AM