Did You Hear This One? 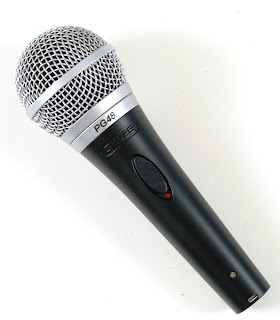 * About the Health Care Bill -- When Charles Krauthammer pointed out how the Senate health care bill only pretends to be “deficit-neutral” by front-loading the tax collection process while delaying the payouts, Newsweek assistant managing editor Evan Thomas agreed: “Charles is right. This bill is a fiscal fraud.” But he quickly added: “I’d still vote for it.” (NewsBusters)

* About the Climategate E-mails -- James Taranto writes, "This is downright Orwellian. What the Post describes is not a vigorous debate but an attempt to suppress debate -- to politicize the process of scientific inquiry so that it yields a predetermined result. This does not, in itself, prove the global warmists wrong. But it raises a glaring question: If they have the facts on their side, why do they need to resort to tactics of suppression and intimidation? It is hard to see how this is anything less than a definitive refutation of the popular press's contention that global warmism is settled science..." (Wall Street Journal)

* About ACORN -- Rep. Steve King (R-Iowa) accused two Democratic committee chairmen of blocking an investigation into ACORN because of their ties to the organization. In an interview with Fox News, King took aim at House Judiciary Committee Chairman John Conyers Jr. (D-Mich.) and Judiciary Constitution subcommittee Chairman Jerrold Nadler (D-N.Y.), whom he says have questionable connections to the organization. (The Hill)

* About Chinese Drywall -- I thought I had come a bit late to the issue of how cheap Chinese drywall was endangering homes (and homeowners!) in the United States when I brought it up on Vital Signs Blog last March and then again in April. Well, the federal government has finally come round to observing the matter itself. "The federal government said Monday that it has found a 'strong association' between problematic imported Chinese drywall and corrosion of pipes and wires, a conclusion that supports complaints by thousands of homeowners over the last year....The U.S. Consumer Product Safety Commission said its investigation also has found a 'possible' link between health problems reported by homeowners and higher-than-normal levels of hydrogen sulfide gas emitted from the wallboard coupled with formaldehyde, which is commonly found in new houses." (Yahoo News)

* About the Health Care Bill -- "Anxious to avoid raising taxes too much to pay for their health care proposals, the Obama administration and its congressional allies hit on a great new idea: Make the states raise their taxes to fund the program, instead. Both the House and the Senate bills require that states cover a larger percentage of their people under Medicaid -- a joint state and federally funded program. The idea was to force states to raise their taxes to cover a big part of the health care bill for treating poor people. Since the Feds can simply charge any increase in spending to their already overdrawn bank account, but the states have to balance their budgets, the increased state spending for Medicaid will cause sharp increases in state taxes. And the governors will get the blame, not Obama and not the Congress..." (Dick Morris and Eileen McGann)

* About Climate Change -- "The effects of climate change have driven women in communities in coastal areas in poor countries like the Philippines into dangerous work, and sometimes even the flesh trade, a United Nations official said. Suneeta Mukherjee, country representative of the United Nations Food Population Fund (UNFPA), said “Climate change could reduce income from farming and fishing, possibly driving some women into sex work and thereby increase HIV infection." (GMANews.TV)
Posted by DH at 11:52 AM