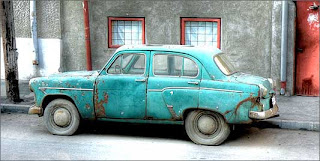 Everyone knows that if you don't pay to maintain and repair your car, you limit its life. The same is true as human beings age. We need medical care to avoid becoming clunkers -- disabled, worn out, parked in wheelchairs or nursing homes.

For nearly a half century, Medicare has enabled seniors to get that care. But ObamaCare is about to change that, by limiting what doctors can provide their aging patients.

The Senate Finance Committee health bill released last week controls doctors by cutting their pay if they give older patients more care than the government deems appropriate. Section 3003(b) (p. 683) punishes doctors who land in the 90th percentile or above on what they provide for seniors on Medicare by withholding 5 percent of their compensation.

This withhold provision forces doctors to choose between treating their patients and avoiding government penalties. HMOs used the same cost-cutting device in the early '90s until it was deemed dangerous to patients and outlawed. Now, lawmakers want to use it against the most vulnerable patients, the elderly. This bill and four others under negotiation also would slash about $500 billion from future Medicare funding....

Cuts in future Medicare funding -- what Obama calls "savings" -- will mean less help in coping with aging and possibly shorter lives. Do we really want to treat our seniors like clunkers?

Read Betsy McCaughey's whole essay here in the New York Post. It's a very thoughtful, well-argued warning.
Posted by DH at 10:56 AM