Conservatism Is On a Roll 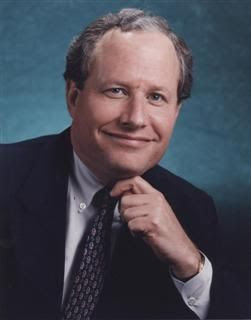 William Kristol, not all that much of a rock-ribbed conservative himself, nevertheless argues that conservatives should consider themselves in high clover nowadays. For instance, the Gallup poll released Monday shows 40% of Americans call themselves conservative. That's as high as it's been in the two decades that Gallup has been asking the question. The poll also showed only 20% willing to call themselves liberals.

Kristol underscores the fact that 72% of Republicans wear that conservative label, as do 35% of independents. That's really something, especially given the fact that it was less than a year ago that the country took the risk of electing an extreme liberal as President.

Barack Obama promised us change. And he delivered. But, I'm sure, he didn't expect it to be a dramatic growth in conservatism.

What does Bill Kristol think this means for the future?

The implications of this for the Republican Party over the remaining three years of the Obama presidency are clear: The GOP is going to be pretty unapologetically conservative. There aren't going to be a lot of moderate Republican victories in intra-party skirmishes. And -- with the caveat that the political world can, of course, change quickly -- there will be a conservative Republican presidential nominee in 2012.

That nominee seems unlikely to be a current officeholder. Right now, the four leading candidates for the GOP nomination are private citizens. In a recent Rasmussen poll, the only candidates with double-digit support among Republicans were Mike Huckabee (at 29 percent), Mitt Romney (24 percent), Sarah Palin (18 percent) and Newt Gingrich (14 percent). These four are running way ahead of various senatorial and gubernatorial possibilities. So a party that has over the past two decades nominated a vice president (George H.W. Bush), a senator (Bob Dole), a governor (George W. Bush) and another senator (John McCain), now has as its front-runners four public figures who are, to one degree or another, outsiders.

To an extent this situation is the product of accidental circumstances, and it could change. But when one considers the anti-Washington and anti-political mood in the country, especially among conservatives, it's easier to see it not changing.

Indeed, I suspect that the person most likely to break into this group of front-runners would be a businessman who stands up against President Obama's big-government proposals, a retired general who objects to Obama's foreign policy or a civic activist who rallies the public against some liberal outrage. If a Republican elected official emerges, it will probably be because he or she champions some populist cause, not because that person is a fine representative or senator or governor...

The lesson activists around the country will take from this is that a vigorous, even if somewhat irritated, conservative/populist message seems to be more effective in revitalizing the Republican Party than an attempt to accommodate the wishes of liberal media elites...
Posted by DH at 10:37 AM