The Left's New Symbol? A Bulldozer! 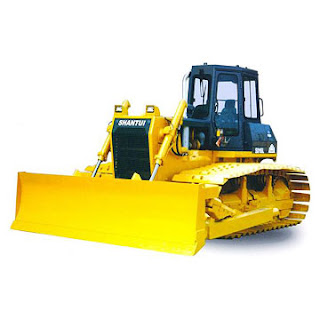 Progress to a Progressive, like President Obama, has come to mean something entirely different these days. It's now about bulldozing blighted areas of cities rather than revitalizing them. It's actually a big white flag raised over the bloating corpse of liberal tax, regulation and urban policies.

It's called "Shrink to Survive." The Left is billing the failure and decline of towns and cities, principally in the Northeast and Rust Belt, as inevitable. Nothing can be done to reverse the trend, they say, so go with it. Manage it smartly. And, oh, by the way, don't blame us...

Read more of J. Robert Smith's "Brother, Can You Spare a Bulldozer" over here at American Thinker.
Posted by DH at 7:49 AM