California Liberals Take Steps to Penalize Academic Achievement: Too Many Asians in the University System 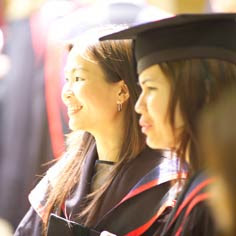 Walter Williams read this article by former University of California Regent Ward Connerly and then reviews it in his syndicated column. Here are excerpts:

With the enactment of California's Proposition 209 in 1996, outlawing racial discrimination in college admissions, Asian enrollment at UC campuses has skyrocketed. UC Berkeley student body is 42 percent Asian students; UC Irvine 55 percent; UC Riverside 43 percent; and UCLA 38 percent. Asian student enrollment on all nine UC campuses is over 40 percent. That's in a state where the Asian population is about 13 percent. When there are policies that emphasize and reward academic achievement, Asians excel. College officials and others who are proponents of "diversity" and equal representation find that outcome offensive.

To deal with the Asian "menace," the UC Regents have proposed, starting in 2010, that no longer will the top 12.5 percent of students based on statewide performance be automatically admitted. Students won't have to take SAT subject matter tests. Grades and test scores will no longer weigh so heavily in admission decisions. This is simply gross racial discrimination against those "dull" Asian students who "study, study, study" in favor of "interesting" black, white and Hispanic students who don't "study, study, study."

This is truly evil and would be readily condemned as such if applied to other areas lacking in diversity...

Ward Connerly ends his article saying, "There is one truth that is universally applicable in the era of 'diversity,' especially in American universities: an absolute unwillingness to accept the verdict of colorblind policies." Hypocrisy is part and parcel of the liberal academic elite. But the American people, who fund universities either as parents, donors or taxpayers, should not accept this evilness and there's a good way to stop it -- cut off the funding to racially discriminating colleges and universities.
Posted by DH at 7:14 AM