50% of Men Arrested In Major Cities Test Positive for Drugs 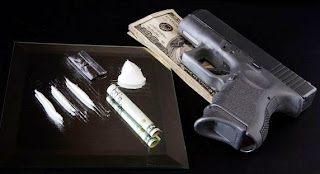 For those of you libertarians who want to ease criminal penalties on drug use (if not legalize drug use altogether), would you please scan through these findings by the Office of National Drug Control Policy?

Half of the men arrested in 10 U.S. cities test positive for some type of illegal drug, a federal study found...

Marijuana is the most common drug in every city where testing was done except Atlanta, where cocaine is most prevalent, the study found.