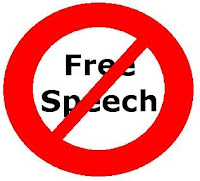 CNN guest host Roland Martin (he's currently filling in for Campbell Brown on the program "No Bias, No Bull") writes a striking column here about the cruelly unfair way in which Miss California, Carrie Prejean, has been treated since her common-sense answer during the Miss America contest to a question about same-sex marriage.

The question came from homosexual activist and "self-described drama queen" Perez Hilton who, like many others in the media, have determined that Prejean doesn't have the rights of speech, religion or conscience that they themselves do.

So much for the left's version of tolerance.

Martin's column is a matter-of-fact defense of Prejean. He doesn't take on the issue of same-sex marriage itself. He merely points out the remarkable hypocrisy and short-sightedness of those who have sought to destroy this young woman for her conviction that marriage is a union between a man and a woman. Martin points out that this belief isn't wacko or dangerous; Indeed, it is a belief shared by most Americans including current liberal icons, Bill and Hillary Clinton, Joe Biden and...Barack Obama.

The homosexual lobby has lost all sense of balance. And falling in dangerous goosestep behind them have been Hollywood and the MSM. With this happening (so quickly, so drastically), basic American freedoms are being taken away.

Good night, America. Who would have thought your noble ideas would be undone by such an irrational, immoral force.
Posted by DH at 10:16 AM