The "Stimulus" -- Unfair, Unreasonable, and Unbelievable 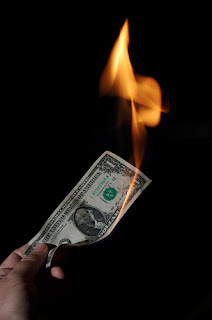 ...But rescuing people from their financial mistakes causes a whole lot of unforeseen complications.

For one, there are millions of Americans who struggle each month, not only to pay their mortgages but also their credit cards, student loans, groceries, utility bills and - I'd go on except that it's making me queasy.

How do you explain to someone who has been scrimping for years to put their kids through college that they really screwed up? If they had overmortgaged their house and paid cash for everything else, then the government would be coming to their rescue now....

That's just one of the questions asked by John Crudele in this penetrating New York Post column. So read the whole thing.

And you might then take a look at what popular actor Kelsey Grammer thinks about the "stimulus." Grammer, a very talented, hard-working guy whose career has earned him five Emmy awards and two Golden Globe awards, is now paying about 60% of his income in taxes.

That's how we deal with success in modern America; remove the incentive to succeed further. 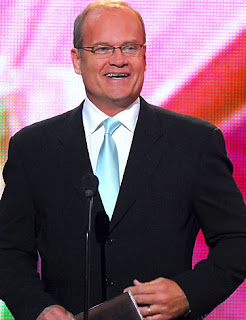 Anyhow, Grammer is with you and me -- he doesn't like the foul taste lingering from that "stimulus" the Democrats have force fed us. Yuck.

...“It may not be a popular position to take,” said Grammer, “but I honestly believe that the bill is fraught with the idea that those who did the most damage to our country – from the bottom up and the top down – are the ones that are actually going to get the most rewards.”

“I’ll tell you what, unfortunately, if we’re going to be buying up bad mortgages, all the people that are paying their mortgages are the good guys,” Grammer told CNSNews.com. “It’s a little confusing, a little difficult.

“I understand everybody agrees that the urgency dictates that we do something large and something quick and swiftly,” said Grammer. “I just think it’s important we be level- headed and calm, and we make sure we don’t jump into things that don’t end up being a bigger problem.”
Posted by DH at 9:44 AM