A Most Dire Sign of the Times: Vladimir Putin Warns Barack Obama About Dangers of Socialism 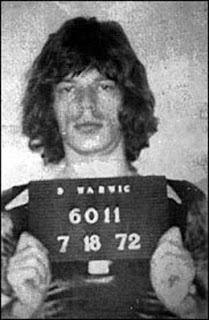 For instance, I once read in Michelle Phillips' book about the Mamas and Papas that her husband, John, got so strung out on heroin that Mick Jagger (flattering photo at right) flew in from London to try and straighten him out.

Talk about theater of the absurd.

Brother, you know you've got a serious dope problem when Mick Jagger is your drug counselor!

Well, I couldn't help but think of that situation when I read this headline from The Right Perspective, "Putin Warns U.S. About Socialism." You see the correlation.

Russian Prime Minister Vladamir Putin has said the US should take a lesson from the pages of Russian history and not exercise “excessive intervention in economic activity and blind faith in the state’s omnipotence”.

“In the 20th century, the Soviet Union made the state’s role absolute,” Putin said during a speech at the opening ceremony of the World Economic Forum in Davos, Switzerland. “In the long run, this made the Soviet economy totally uncompetitive. This lesson cost us dearly. I am sure nobody wants to see it repeated.”

Sounding more like Barry Goldwater than the former head of the KGB, Putin said, “Nor should we turn a blind eye to the fact that the spirit of free enterprise, including the principle of personal responsibility of businesspeople, investors, and shareholders for their decisions, is being eroded in the last few months. There is no reason to believe that we can achieve better results by shifting responsibility onto the state.”

The Twilight Zone's Rod Serling couldn't have come up with a wilder, wackier plot twist.
Posted by DH at 11:30 AM