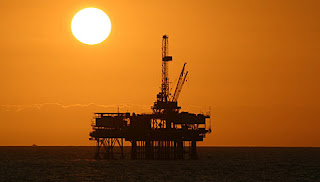 From the Prowler column over at the American Spectator comes this important unveiling of leftist Carol Browner, the gal picked by Barack Obama to be America's "energy czar." (For more on Browner, see this earlier Vital Signs post.)

Do you think the MSM will be outraged by this news or just ignore it...like it does with nearly all matters of Democrat hypocrisy, scandal and malfeasance?

Browner told the Obama transition team that she never served as a lobbyist in her time in Washington, and her employer, the Albright Group, owned by former secretary of state Madeleine Albright, also said that the firm does not lobby. But in 2006, when the Dubai Ports deal set off a political firestorm, it was Browner taking her clients from Senate office to Senate office looking to build support for the deal.

"She can call what she does whatever she wants, but she was clearly lobbying my boss on the issue," says a Democrat Senate aide, whose boss ultimately supported the deal. "She was in the room with her clients and the Senator. She pressed him for support. I think that counts as lobbying."...

Downey represents a number of different clients that will create conflict problems for Browner, many of them in the energy business. Browner, though, won't have to answer any difficult questions, due to the fact that her White House job is not Senate-confirmable.
Posted by DH at 8:28 AM