Colleges Next in Line for Fed Bailouts (But Just a Measly $45 Billion!) 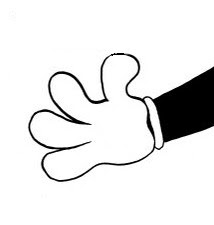 "The line forms on the right" is an old idiom for something become clearer, more understandable. Remember its use as a Bertolt Brecht lyric about Mac the Knife?

Well, the line is now forming on the left, that line in which companies, banks, state and city governments, and just about everybody else that "ain't too proud to beg" (that lyric, by the way, comes from Motown's Norman Whitfield and Eddie Holland, Jr.) are waiting for federal bailouts in gargantuan proportions.

But that line also makes something much clearer; namely, that the United States is traveling a suicidal course towards full blown socialism. Particularly because the United States, no longer a secure, productive, independent economy, just can't deliver what everybody's begging for.

The latest in that forming line? Our already-overpriced institutions of higher learning.

With the Big Three seeking a bailout from Washington, the Big Ten are following suit. Earlier this week the Carnegie Corporation of New York took out a two-page ad in the New York Times, signed by executives of 36 public universities, state university systems and higher-education associations, urging Congress and President-elect Obama to rescue them.

Mr. Obama has already promised to expand federal subsidies to higher education by increasing Pell grants and making student-loan terms more permissive. The university chiefs seek an additional "federal infusion of capital" -- as much as $45 billion -- to build new facilities, especially "green" ones. "To ensure a rapid response, only projects that are shovel-ready or on which construction can begin within 120-180 days should be funded," says the ad.

The Higher Education Investment Act, as the university chiefs call their proposed bailout, would allow them to make an end run around parsimonious state lawmakers: "The dollars should not be subject to appropriation by state legislatures. Federal funds should be conditional on states' agreement not to use these federal funds as an excuse to reduce budgetary commitments to state universities."

Yet American higher education might benefit from more parsimony. Economist Richard Vedder has shown that large government subsidies already contribute to making universities "relatively inefficient institutions partly sheltered from the discipline of the market -- a discipline that provides incentives for cost reductions, product improvement, and innovation." The more subsidies rise, the higher tuitions seem to go. If taxpayers are going to shovel out more money to these schools, the academic executives should at least allow outsiders to perform a cost "restructuring."
Posted by DH at 8:08 AM