What's Wrong with This Picture? An Abortion Enthusiast to Become UN High Commissioner for Human Rights? 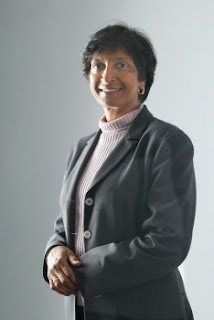 Fresh from the "You Just Can't Make This Stuff Up" Department comes word that United Nations Secretary-General Ban Ki-moon is expected to name as the UN's High Commissioner for Human Rights a woman who has throughout her career absolutely and vociferously denied human rights to unborn human children!

As LifeSiteNews reports, "Navanethem 'Navi' Pillay of South Africa is a founding member of the international non-governmental organization Equality Now, a group that has spearheaded campaigns for abortion access in Poland and Nepal. Pillay remains on the board of the organization which receives major funding from pro-abortion foundations, including George Soros' Open Society Institute and the Ford Foundation."