Yet Another Obama Flip/Flop: Let's Go To the Video Tapes 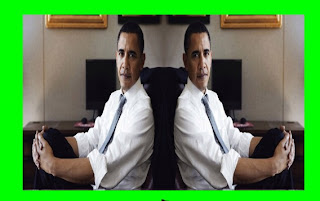 The guys over at Power Line have the following comments plus two video links featuring Barack Obama (one for his flip, the other for his flop) which dramatically prove their points.

Maybe there is another explanation for Barack Obama's trouble with the truth, but I'm not sure what it would be. He did it again today, loosing a palpable falsehood on NBC. Not that it's a surprise; Obama coming out with a whopper has become pretty much a daily occurrence. Here is Obama being interviewed by Brian Williams. Williams asks him about the surge, and whether it hasn't been a success. Obama claims that "even at the time of the debate," everyone knew that "of course it's going to have an impact." (Power Line then inserts the first video clip here.)

Actually, though, that's the exact opposite of what Obama said at the time of the debate on the surge. He predicted that the surge would worsen, not improve, the level of violence in Iraq. (You got it. Here's where they put the second clip.)

Someone needs to tell Obama about YouTube. Someone also needs to tell him that, in the words of the old adage -- nowhere near cool enough, perhaps, for a "rock star" -- honesty is the best policy.
Posted by DH at 4:40 AM