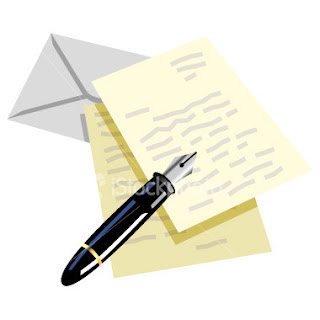 It wasn't the first time we have contacted them on this matter, of course, and so you would think that their records would be timely and efficient enough that they wouldn't send back to us the same old insipid replies. Right?

Wrong! Never underestimate a politician's capacity for careless, self-centered double-talk. As an example, here's the reply from Democrat Ben Nelson:

Thank you for contacting me with your opposition to federal funding for Planned Parenthood. I appreciate hearing from you.

It is my understanding that Planned Parenthood provides comprehensive reproductive and complementary health care services. As part of this effort, provided services include pregnancy testing; gynecological care; HIV testing; prenatal care; and, as you mentioned, abortion and abortion referrals.

Federal law prohibits the use of taxpayer dollars for abortions, but Planned Parenthood does receive federal monies for providing Medicaid care through Title X family planning grants. Legislation introduced by Senator David Vitter, the Title X Family Planning Act (S. 351), would eliminate this funding by amending the Public Health Service Act to prohibit federal family planning funds from being awarded to any grantees who perform abortions where a woman's life is not in danger. S. 351 is currently being considered by the Senate Health, Education, Labor, and Pensions Committee. While I am not a member of this panel, rest assured I will keep your thoughts in mind should this bill come before the full Senate for a vote.

Thank you again for contacting me with your comments. The legislative process will only work with the input of concerned citizens, and I encourage you to continue sharing your thoughts and ideas.

I understand that Planned Parenthood performs the other services you mentioned but a huge amount of the organization's money is the profits from surgical abortion. And so the monies given to them from our tax dollars not only helps to keep their rents paid, their lights on, and their directors handsomely paid, but they also keep the abortionists paid and the deadly abortion machines operating.

So what if federal law prohibits PP from using the taxpayers' coerced financial "gifts" for abortion? The organization DOES perform abortions in the same facilities and with the same staff! On paper the functions may be artificially separated but, in reality, the federal government is aiding and abetting in Planned Parenthood's horrific brutality of killing unborn babies! The surest way to prevent this -- cut off ALL government funding to them! And soon!

What's left to decide? Just do the right thing.

Mrs. Claire Hartford
Posted by DH at 3:44 AM