"Slow Medicine" -- Yet Another Anti-Life Distortion of Language 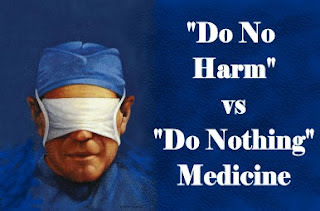 Even the most despicable ideas can be made palatable when euphemisms are used to spin them. That's why abortion advocates call themselves "pro-choice" rather than "pro abortion." It's also why they talk about "terminating a pregnancy" rather than "killing a baby." Controlling the language not only controls the argument, it often determines the outcome of the argument.

Proponents of euthanasia understand the power of language in shaping debate. Therefore, instead of using the term "physician-assisted suicide" to describe the practice they advocate, they use euphemisms like "death with dignity" and "end of life choices" to sugar coat the reality of the killings they have in view. They know the term "physician-assisted suicide" does not poll well, so they try to disguise the real nature of what it is they are championing. Since people are inherently uncomfortable with the notion that those trained in the healing arts would aid and abet the killing of their patients, euphemisms are used to conceal the true nature of what's involved. Everyone wants to die with dignity. Thus, like abortion, killing oneself with a doctor's assistance becomes just another "choice."

Many in the medical community are complicit in this deception, and, although doctors were once trained to "do no harm," they are now fostering it through the deceptive use of rhetoric. A recent New York Times article, written by Jane Gross, describes one such deception. The article explains that a new practice called "slow medicine" has gained support in medical communities in recent years. The goal of slow medicine is to encourage "physicians to put on the brakes when considering care that may have high risks and limited rewards for the elderly, and it educates patients and families how to push back against emergency room trips and hospitalizations designed for those with treatable illnesses…." [emphasis added]. Thus, slow medicine seeks to aid doctors, families, and patients in resisting medical efforts to cure treatable illnesses...

Read the rest of this excellent Ken Connor column here.
Posted by DH at 10:33 AM