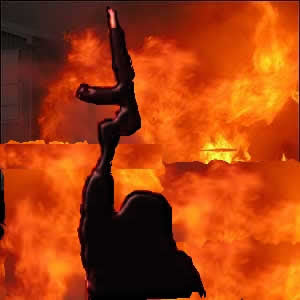 Though the Koran does not teach that "apostasy" should receive punishment, the sad and frightening fact is that the rise of sharia law and other extremist teachings have resulted in several Muslim countries accepting (if not actually promoting) the most severe of punishments for those who renounce Islam. And yes, those punishments extend even to executions as certain Muslim leaders look less to the Koran itself and more to actions and pronouncements attributed to the Prophet Muhammad, his peers and later leaders.

Two countries, Sudan and Malaysia, have gone so far as passing laws prescribing the death penalty for apostasy. In others (i.e., Saudi Arabia, Mauritania, Iran), the death penalty for apostasy isn't codified but is still a serious possibility. Egypt allows the marriage of an "apostate" to be annulled with the results including loss of inheritance and custody rights. In other countries where sharia laws are in force (i.e., Bahrain, Jordan, Kuwait, Oman, Qatar and Yemen), "apostates" face such penalties as annulment of marriage, termination of citizenship, confiscation of identity papers, and the loss of property, social standing and economic rights.

Other alarming examples of this trend are outlined in a recent report developed by Christian Solidarity Worldwide. A primer on the report can be found in the article, "No Place to Call Home," on the CSW web site. There you'll also see how "apostates" from Islam are penalized using other, more indirect laws. Those include blasphemy laws, treason, and nativist/patriotic strictures such as the "insulting Turkishness" law in Turkey.

But, as unfair and inhumane as these examples are, it is "beyond the law" that most of the persecution of "apostates" occurs. As the CWS article says,

"Apostates are subject to gross and wide-ranging human rights abuses including extra judicial killings by state-related agents or mobs; honour killings by family members; detention, imprisonment, torture, physical and psychological intimidation by security forces; the denial of access to judicial services and social services; the denial of equal employment or education opportunities; social pressure resulting in loss of housing and employment; and day-to-day discrimination and ostracism in education, finance and social activities.

The affect of all this on the personal lives of apostates and their families can be significant and far-reaching. As the number of apostate communities has significantly increased in the Middle East, North Africa and Asia over the past twenty years, human rights abuses have been more regularly reported.

The experiences of apostates in Muslim countries are blatantly at odds with their rights as guaranteed under international law. Most Muslim nations are members of the UN and have ratified international human rights treaties. However, these nations and the international community have failed in their duty to uphold the rights of apostates by neglecting to guarantee their personal safety and their full and fair participation in society.

The CWS report "calls on Muslim nations, the international community, the UN and the international media to resolutely address the serious violations of human rights suffered by apostates."
Posted by DH at 10:22 AM