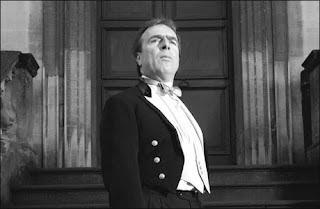 Peter Hitchens, the articulate, forthright, conservative British journalist and author (whose brother Christopher is also a widely-read reporter/author but who holds aggressively atheistic, socialistic views that are dramatically different than Peter's) has a not-to-be-missed column from the Sunday Mail (U.K.) dealing with the British Parliament's monstrous mishandling of the latest embryology bill.

Let's have no more of this footling about over abortion. The issue isn’t how old a baby has to be before you cannot kill it. It is whether you think it’s right to do away with another human to suit your convenience. Those who wonder what they would have done if they had lived at the time of some terrible injustice now know the answer. We do live in such a time. And we do nothing.

I had resigned myself to the fact that we are a callous and barbarous society, selfish almost beyond belief and so twisted that we now regard children as a burden. I had thought the most practical way of dealing with this was to try at least to cut the age at which abortions can take place. But I now think that was wrong.

The abortionists are not interested in compromise. Why should they be? They have always known what they were doing. They must know by now that the more abortions you allow, the more you have. They have – for the moment – won the argument that you can kill if it’s convenient. And our whole society has adopted the same self-serving view, often without realising it...

Life’s not just cheap in modern Britain. It’s on permanent special offer. So let’s have an end to the polite truce about abortion. If it must be legal, then let it at least be despised. Since Parliament’s not going to curb it, let us call it what it is, a massacre conducted to suit the selfish.

Let’s not have any slippery rubbish about its supporters being ‘pro-choice’, when in fact they’re ‘pro-death’. What choice has the poor baby about being dismembered? Given that none of us knows, or ever will know, just how much pain and misery is spread down the ages by one single stifling of an innocent life, can anyone tell me how an abortion can ever be better than letting the baby be born and adopted?..
Posted by DH at 11:20 AM