Why Did He Choose O'Connor? Reagan's Biggest Mistake 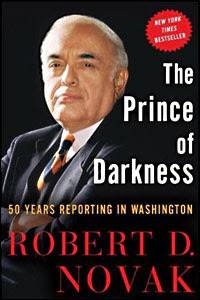 I recently finished Bob Novak's remarkable memoir, The Prince of Darkness: 50 Years of Reporting in Washington, a riveting autobiography of the famed (and immensely successful) journalist which provides a fascinating behind-the-scenes view of America's political happenings of the last half century. It is a great read, giving one plenty to ponder about political philosophy and methodology, culture, ambition, the workings of the media, and even religion (Novak converted to Roman Catholicism late in his life).

And amid the well-crafted pages of The Prince of Darkness (there's nearly 700 of those pages but, not to worry, you'll enjoy every one of them) are such revealing vignettes as this one about Ronald Reagan's selection of Sandra Day O'Connor for the Supreme Court.

...The First Evans & Novak column I wrote after returning from a reporting/family vacation trip to Europe in July 1981 belied Daniel Schorr’s 1980 election night taunting of me as someone who could not criticize President Reagan. By July, I had criticized the new administration for betraying the Reagan Revolution's principles—but never Reagan himself. In my column of Friday, July 10, I crossed that line. Thereafter, many of the president's men viewed me as more of a critic than a supporter.

I received a telephone call on July 8 from William Gribbin, a junior White House aide. I met Bill the previous summer at the Republican convention in Detroit where he was editing the party platform. He was intense and very conservative. I think Bill learned to trust me, and that is why he called now to say he had something important. Unlike many leakers, Gribbin was not interested in currying favor with me or promoting himself was disturbed by the president's announcement the previous day, July 7, that he intended to nominate the nation’s first female Supreme Court justice: fifty-one-year-old Sandra Day O'Connor, a former Republican majority leader of the Arizona State Senate who two years earlier had appointed to the Arizona Court of Appeals by a Democratic governor. Gribbin and the Christian conservatives who had so vigorously supported Reagan for president considered O'Connor unacceptable because of her positions on abortion.

“Why Did He Choose Her?" was the Washington Post's headline on our column about O'Connor. The answer was contained in the document Gribbin gave me: a memo written to the attorney general of the United States by his thirty-five-year-old counselor, Kenneth W. Starr. 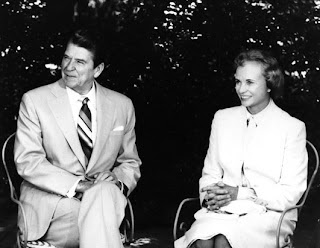 Gribbin told me that O'Connor's sponsor was Dave Gergen, who wanted a woman justice to give Reagan a foothold in the movement and distance him from the social conservatives. The formal recommendation, echoing the White House staff, came from Attorney General William French Smith, Reagan's personal attorney and the weakest of the cabinet.

Reagan telephoned Smith on Monday, July 6, when social conservatives erupted after O'Connor's selection leaked—the president's first inkling of how controversial this nomination would be. The president wanted a quick check on complaints that his first Supreme Court selection was pro-abortion. Smith did not have a clue and bucked the question over to a young Ken Starr. On the next day, July 7, Starr handed his boss the two-and-a-half page memo that Gribbin supplied me on July 8. My column, published July 10, called Starr's memo "hurriedly prepared" and "error-filled,” but added that it "convinced" Reagan to go through with the nomination.

Starr's investigation that cleared Judge O'Connor on abortion appeared to consist solely of a telephone interview with her, and she was less than truthful. O'Connor told Starr she could not remember how she voted on a 1979 Arizona legislative bill to legalize abortion. Starr did not look into records showing that Senator O'Connor was a co-sponsor of the measure and voted for it as it lost in committee.

Starr's memo concluded: "Judge O'Connor further indicated in response to my questions that she had never been a leader or outspoken; advocate on behalf of either pro-life or abortion rights organizations. She knows well the Arizona leader of the right-to-life movement, a prominent physician in Phoenix, and has never had any disputes or controversies with her." Starr was referring to Carolyn Gerster. I phoned Gerster, and learned that Starr had not called her. "I had an adversary position with Sandra O'Connor," Gerster told me, calling her "one of the most powerful pro-abortionists in the Senate." Gerster harbored an eleven-year-old grievance against O'Connor for burying an antiabortion proposal in the Senate Republican caucus.

I wrote in the Evans & Novak column of July 10: "[I]nnocence has departed for right-to-life activists. Dr. Gerster cannot forget a 45-minute meeting with Reagan in Rye, N.Y., on Jan. 17, 1980, in which candidate Reagan promised her that his first appointment to the Court would share their anti-abortion views. She chooses to believe that the President has been misled by advisers.

But the more plausible explanation is that Reagan shares the view of Jim Baker and his other aides that the Moral Majority [the social conservatives] is not vital to his political coalition. He has given that signal by ignoring its sensibilities in selecting Sandra O'Connor."

With this, I burned bridges to the White House, Baker, and maybe the president. Many Republican sources claimed I was overheated and that Sandra O'Connor would turn out fine on abortion. Indeed, Justice O'Connor was a clever politician who in her first years on the court seemed to be voting with conservatives. But before long, she evolved into the swing vote on a five-to-four divided court that nearly always swung left on social issues. In 1993, she voted with the majority upholding the Roe v. Wade decison legalizing abortion. From a conservative standpoint, O'Connor was not the worst choice ever by a Republican president for the Supreme Court, but she was pretty bad. Ronald Reagan, Jim Baker, and Ken Starr were wrong about her, and I was right...
Posted by DH at 10:30 AM