By pioneering the science of seasonal hurricane forecasting and teaching 70 graduate students who now populate the National Hurricane Center and other research outposts, William Gray turned a city far from the stormy seas into a hurricane research mecca.

But now the institution in Fort Collins, Colo., where he has worked for nearly half a century, has told Gray it may end its support of his seasonal forecasting.

He's "a highly visible and sometimes acerbic skeptic of climate change" whose criticism of global warming enthusiasts are "often biting and adversarial."

Of course, the reporter's descriptions in the above sentence fairly drip with irony for it is the proponents of man-made global warming who fit the terms much better: "highly visible," "ascerbic," "often biting and adversarial."

And it's certainly not the global warming skeptics who are censoring the actual science and unjustly forcing those with different views out of their jobs. 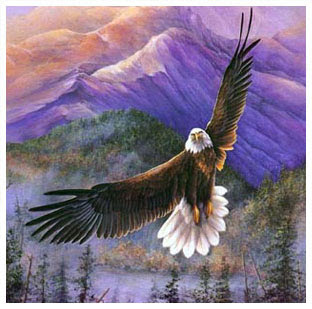 As I mentioned in a post yesterday about Ben Stein's excellent film, "Expelled," the most important fights of our era, at their foundation, are about intellectual freedom. For on issue after issue, the establishment has not only chosen to deny plain facts (scientific, historical, cultural, economic) but then to use intimidation, manipulation, obfuscation, and even coercion to keep honest inquiry in the closet.

Consider how the plain facts are buried regarding: 1) the immense health dangers and social costs of homosexuality; 2) the barbaric methods employed by abortionists; 3) the definite links of surgical abortion to a whole host of physical and psychological health problems; 4) global warming and the immense costs required to implement so-called solutions; 5) the remarkably inefficiency of Darwinian evolution to explain natural order and design; 6) the economic realities of both individual and national debt; 7) the philosophical underpinnings of Planned Parenthood and other anti-natal organizations; 8) the overwhelmingly liberal bias regularly exercised in the Western press; 9) the availability of safe, less expensive power (oil, gas and atomic) that is being denied because of irresponsible applications of environmentalism; 10) the abortifacient nature of so-called birth control chemicals and devices; 11) the motives, methods and extent into Western hospitals and nursing homes of euthanasia; 12) the motives and methods involved in embryonic stem cell research; 13) the horrific consequences of divorce...

And in every case, the immediate battle is not over the merits of the competing positions but simply to allow all competing positions a fair hearing. Intellectual liberty, freedoms of speech and association, honesty and humility as prerequisites to authentic inquiry and discussion -- the conservative must first fight to secure these basics before we can even hope for more.

The facts relevant to the above issues (and more) will win out...but only if they have free air and a fair forum.
Posted by DH at 10:29 AM