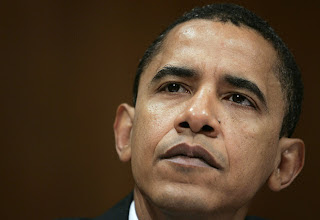 We never heard them. The Washington special interests to whom Barack Obama is beholden wouldn’t let him say them, even if he wanted to...

But there was one fundamental oversight in the speech that undermined his argument. The world learned the hard way what happens when we don’t ground our understanding of human rights in the certainty that all men are created equal, and share the right to life...

He is beholden to special interests that make a great deal of money by denying that people have the right to life. Obama couldn’t say those things ultimately because his official position is that some people are not created equal and do not have equal rights.

And we don’t just mean abortion — though Obama has helped keep abortion legal in all nine months of pregnancy.

In 2002, as an Illinois legislator, Obama went a step further when he voted against the Induced Infant Liability Act, which would have protected babies who were “accidentally” born alive during attempts to abort them.

In a recent debate, Obama said the vote he most regrets was his vote to save Terri Schiavo’s life. Her husband, Michael, wanted Terri dead, even though she was alert and responsive to nurses and family members. He had married again, had a new child with a new woman, and he wanted Terri dead. When a judge granted his request, Congress and President Bush attempted to intervene to save her life, and not just to save her life, but to stop the dangerous precedent. They failed. Now Obama says they shouldn’t have tried.

Obama not only opposes the right to life — he says ending it is his highest priority. “The first thing I’d do as president is sign the Freedom of Choice Act,” he told Planned Parenthood last July. That would immediately turn the United States into the most pro-abortion country in the world...

He couldn’t echo the great fathers of the civil-rights movement because, in his embrace of abortion, he has broken definitively from them. 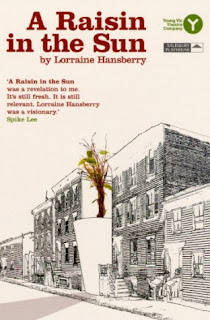 Walter Youngers’ mother said it best in the play Raisin in the Sun. Youngers is an ambitious young black man whose wife tells him she plans to abort their new child. Youngers says nothing, but Mamma speaks up. Here’s the text taken directly from the play:

“I’m waiting to hear how you be your father’s son. Be the man he was. (Pause. The silence shouts.) Your wife say she going to destroy your child. And I’m waiting to hear you talk like him and say we a people who give children life, not who destroys them — (she rises) I’m waiting to see you stand up and look like your daddy and say we done give up one baby to poverty and that we ain’t going to give up nary another one. .... I’m WAITING.”

These stirring passages come from the editors of the National Catholic Register and I urge you to read through the whole article. Very compelling, very convicting. You can find it right here. (Many thanks to Gina over at The Point for highlighting the article.)
Posted by DH at 8:33 AM