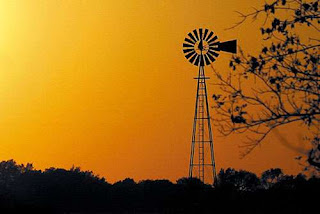 Here's the LifeSiteNews.com story on Tuesday's notable action by the Nebraska Unicameral and Gov. Dave Heineman regarding LB 606, an important compromise measure won by pro-life advocates over the deep pocketed, media favored cloning interests of UNMC. Following the text of the report itself, I print a few comments by bioethicist Wesley J. Smith about the uphill fight.

48 of the 49 Nebraskan senators voted Tuesday to pass Legislative Bill 606 banning some human cloning. The measure was quickly signed by Governor Dave Heineman. The measure allows research grants to be given to institutions doing stem cell research without using embryos. The new law also prohibits public funding of research that creates or destroys embryos for stem cell research.

The bill was passed on condition that neither side in the debate would introduce more legislation regarding cloning or stem cell research unless one of three conditions are met: if private sector research is undertaken that destroys human embryos or creates cloned embryos; if scientific advances create new ethical considerations; or if the prohibitions in LB 606 were violated.

The measure was conditionally supported by the spokesman for Nebraska Right to Life, Julie Schmit-Albin, who said, "Though it isn't everything we wanted in LB 700, this is one of those times where we can gain something or achieve nothing and we chose the former." Schmit-Albin was referring to what she called "the true cloning ban." Nebraska Right to Life has been fighting for a cloning ban since 2000.

Previously the bill had included a prohibition only on cloning for reproductive purposes, a common ploy of the pro-cloning lobby to create the appearance of ethical principles. But pro-life lobbyists were able to change the measure to afford a degree of restriction on "therapeutic cloning", or cloning for stem cell research.

Schmit-Albin said her group had opposed the original wording, calling it "clone and kill" legislation. "We vigorously opposed this 'clone and kill' language as it could have emboldened private-sector cloning labs to come into Nebraska, and we are thankful it was removed," she said.

Executive director of Nebraska Coalition for Ethical Research, Chip Maxwell, said that while the bill was not a "comprehensive" ban on reproductive cloning, it does block such research "in the public sector".

Wesley J. Smith responds, "Of course, any existing stem cell lines would not be from cloned embryos since they have yet to be created successfully.

My sources told me that this was going to be a hard sell. The fact that it went through so easily, it seems to me, is an indication of the profound political changes in this field wrought by the IPSC breakthrough. Congratulations to Nebraska. More of this kind of law, please."