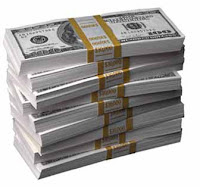 Here in Nebraska and Iowa, we have recently been subjected to a massive media campaign designed to garner new financial support for Planned Parenthood's "essential" services. And neither the Des Moines Register or the Omaha World-Herald (both major supporters of the abortion lobby) have bothered to counter these ads with such relevant facts as those revealed in Planned Parenthood's own annual report, particularly the fact that the organization which is crying over the desperate need for more taxpayer money just recorded an income of over $1 billion!

Here's the story from LifeNews.com. It presents a lot of very nifty items which can be used in your letters to editors and politicians.
Posted by DH at 8:34 AM