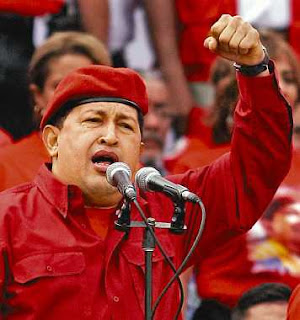 But it isn't the shortage of goods or the dramatic inflation (22 percent last year with even worse rates on such staples as sugar, rice, black beans, pasta, bread and milk) that has upset people to the point of leaving the country in record numbers. The fault lies mainly with the oppressive injustices that are daily staples of the Hugo Chávez "socialist" regime.

Indeed, thousands have already left for the United States, Canada, Spain, Australia, Panama, Portugal and elsewhere. More are packing up everyday, bolting from a dictatorship which undermines personal freedom and private property ownership, which drastically limits economic opportunities, and which engages in actions which destabilize not only Venezuela but the entire region.

Manuel Corao, who runs a newspaper serving the Venezuelan community in Miami, estimates that about three Venezuelans a day arrive in the Miami area intending to stay. "They fear the Chávez government; they fear communism and the dictatorship. It's terrible," said Corao, who came from Venezuela 11 years ago.

"It's not purely a matter of getting better incomes for your work in foreign countries, but an expectation problem," said Ricardo Villasmil, a professor of economic development at the Universidad Catolica Andres Bello in Caracas, the Venezuelan capital. "They're hoping for happiness as a whole, peace, liberties and safety."

In Caracas, Alejandra Gonzalez said she was leaving Venezuela because she feared for her 2-year-old daughter. "We have a house, jobs, cars here, but we don't have what we need, that is peace and opportunities," she said. "I don't know if my apartment will be taken away from me in the future or not. There is legal insecurity here."

Here's more from the Statesman (Australia).
Posted by DH at 7:52 AM