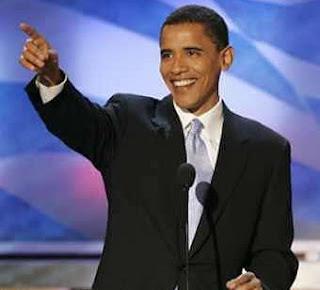 "America is still the No. 1 killer in the world. ... We are deeply involved in the importing of drugs, the exporting of guns and the training of professional killers. ... We bombed Cambodia, Iraq and Nicaragua, killing women and children while trying to get public opinion turned against (Fidel) Castro and (Muammar) Ghadhafi. ... We put (Nelson) Mandela in prison and supported apartheid the whole 27 years he was there. We believe in white supremacy and black inferiority, and believe it more than we believe in God...

For 20 years, Barack has attended Wright's church, listened to his weekly sermons, entertained him in his home. Yet, says Barack, he never heard any racist rants at church, nor was he aware that Wright held so poisoned a view of his country.

Sorry, that is not credible. Wright is a famous preacher in black America, and Barack's denial he was aware of his views marks him down either as a dissembler or a man so obtuse he ought not be a security guard at Wal-Mart, let alone president of the United States.

It is easy now to understand why Michelle Obama, before Barack began to win, had never once been proud of her country. Who could be proud of the America that lives in the malignant imagination of the Rev. Wright?...

Here's Pat Buchanan's entire column. It is an important, well-aimed one.
Posted by DH at 9:34 AM