Don't Answer That! The "Most Devastating Indictment of Cell Phones Yet Published" 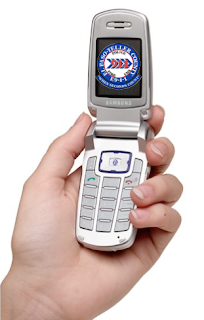 I hardly ever use my cell phone.

And it's not merely because I'm a troglodyte who eschews whatever modern technology I can get away with; it's because I'm honest enough to know that the world will get along without my input for a while. And I like it that way.

After all, I'm not anyone's stockbroker; I'm not a doctor or a bail bondsman; I'm not toting the direct line from the Kremlin to the White House. I am quite cool with the idea that I can be incommunicado for a bit with nothing unraveling because of it.

And now? Knowing that there's a bunch of scientists who are claiming that the cell phone dramatically increases your chance at getting brain cancer? I'm more committed than ever to keeping my cell phone in its proper place -- in my pocket rather than at my ear.

So, if you disagree with the scientists and want to convince me I'm overreacting, fine. Just call me at home, okay?
Posted by DH at 9:32 AM