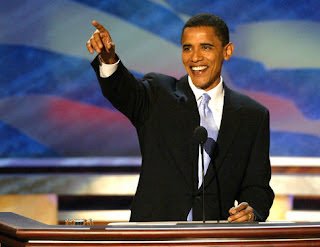 For millions of Americans, the major attraction to Barack Obama is his call for national unity, a summoning to our shared values and common interests. With his charismatic eloquence, this inspirational ideal has single-handedly made him a political phenomenon and the Democratic front-runner.

But Obama's unity appeal, it turns out, has a weak link, one that is dangerous in a President. For revealing it, we can thank the Rev. Jeremiah Wright or, more precisely, Obama's tepid reaction to the outlandish, anti-American things Wright has said. The more he talks about Wright, the more troubling Obama's approach becomes. In a word, he is guilty of appeasement.

In a private context, his stubborn loyalty to his longtime pastor might be admirable. But as someone seeking the presidency, Obama has flunked a critical test of national leadership. By continuing to defend Wright even as he criticizes some of his remarks as "offensive" and "stupid," Obama refuses to draw the important value and factual distinctions a President must draw in a crisis. At heart, his is a "peace at any price" approach that has no business in the Oval Office...

Would Obama be so naive or craven [as Neville Chamberlain]? Because of his limited experience, we don't know. That's why the Wright episode, the most difficult issue of his idealistic campaign, takes on huge importance. The lessons are not pretty.

He sloppily compared Wright's virulent anti-Americanism with his grandmother's private expressions of racial prejudice in a way that makes them seem equally guilty. He complained repeatedly, including on Friday on ABC's "The View," that the profane, inflammatory remarks captured on video clips are a mere "snippet" of Wright's many sermons.

"People are a mix of good and bad," he said, and added, "I feel badly he's been characterized in this way and people haven't seen the broader aspect of him."

What "broader aspect" offsets such hate and lunacy? With new examples emerging of anti-Semitic writings in the bulletin put out by Wright's church, there is no mitigating context.

And even as he gradually undercuts his initial denial that he knew of Wright's distorted views, Obama still suggests the case reflects how he would behave as President. "Part of what my role in my politics ... is to get people who don't normally listen to each other, talk to each other, who say crazy things, who are offended by each other, for me to understand them and maybe help them understand each other," he said...