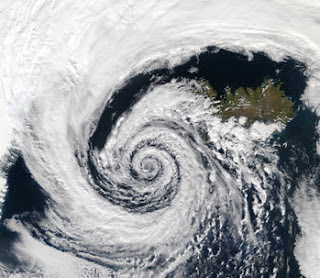 Since the mid-19th century, the mean global temperature has increased by 0.7 degrees Celsius. This slight warming is not unusual, and lies well within the range of natural variation. Carbon dioxide continues to build in the atmosphere, but the mean planetary temperature hasn't increased significantly for nearly nine years. Antarctica is getting colder. Neither the intensity nor the frequency of hurricanes has increased. The 2007 season was the third-quietest since 1966. In 2006 not a single hurricane made landfall in the U.S.

And, making it even tougher for the global warming alarmists is the record low temperatures being set all over the world in 2007 and the resultant tragedies of that dire "global cooling."

Read more from this Washington Times article right here.
Posted by DH at 7:15 AM