A Worldwide Banking Crisis on the Horizon? 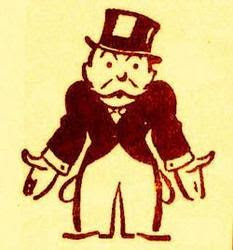 As the credit paralysis stretches through its fifth month, a chorus of economists has begun to warn that the world's central banks are fighting the wrong war, and perhaps risk a policy error of epochal proportions...

York professor Peter Spencer, chief economist for the ITEM Club, says the global authorities have just weeks to get this right, or trigger disaster.

"The central banks are rapidly losing control. By not cutting interest rates nearly far enough or fast enough, they are allowing the money markets to dictate policy. We are long past worrying about moral hazard," he says.

"They still have another couple of months before this starts imploding. Things are very unstable and can move incredibly fast. I don't think the central banks are going to make a major policy error, but if they do, this could make 1929 look like a walk in the park," he adds...

Read the rest of this Telegraph (U.K.) story and you may end up asking Santa for a new mattress to stuff your cash in.

Moral? Be careful, balanced and virtuous in your financial dealings...and don't hang on too tightly to the fleeting riches of this world.
Posted by DH at 2:02 PM