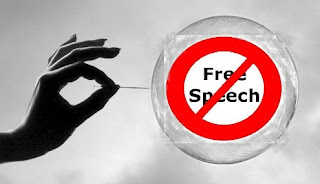 In the face of a lawsuit brought by Life Legal Defense Foundation on behalf of Walter Hoye, the City of Oakland has agreed not to enforce its new ordinance restricting speech outside abortion clinics. The City Council passed the ordinance on December 18. The next day, LLDF filed suit in federal court to enjoin the ordinance because of its blatant content and viewpoint discrimination. This morning, in a telephonic hearing before Judge Charles Breyer of the Northern District, the City agreed not to enforce the ordinance.

This new ordinance made it unlawful, and punishable by up to one year in jail, to knowingly approach within eight (8) feet of any person seeking to enter an abortion clinic, without their consent, to counsel or distribute literature to them and to urge them not to obtain an abortion.

The plaintiff, Walter Hoye, is Executive Elder of the Progressive Missionary Baptist Church of Berkeley. Motivated by his moral, religious, and political beliefs, he regularly engages in pro-life counseling and leafleting at the Family Planning Specialists abortion clinic in Oakland.

Bay area attorney Mike Millen, who filed the lawsuit in conjunction with LLDF, said "The City of Oakland was warned that its unconstitutional ordinance restricted free speech and did nothing to protect women. After a very brief conference with a federal judge, the City apparently agrees. The citizens of Oakland need to admonish their city leaders to spend more time dealing with the City's budget deficit and crime problems rather than expending city resources on feel-good laws to please special interests."
Posted by DH at 6:58 AM