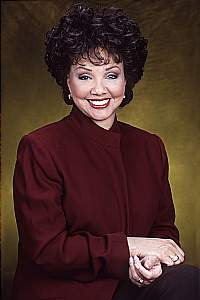 HIDE your children! An other journalist is engaging in PDCA - Public Display of Clinton Affection.

Not since 1998 - when women's magazine writer Nina Burleigh told The Washington Post's Howard Kurtz that she'd be happy to give President Bill Clinton oral sex to "thank him for keeping abortion legal" - have we seen such open and obsequious Clinton worship as ex-ABC newswoman Carole Simpson gave to Hillary last month.

At a Clinton campaign stop in New Hampshire, Simpson stood up and declared: "I want to tell you tonight, because I happen to be here with my students, that I endorse you for president of the United States. It's very freeing now that I'm not a journalist and I can speak my mind. I think you are the woman, and I think this is the time." The crowd erupted in applause.

Sen. Clinton immediately issued a press release about the "eloquent," unsolicited endorsement and featured the audio clip of Simpson's grandstanding on her campaign Web site.

Yes, Professor Simpson. You see, Simpson felt free to gush because she's "not a journalist" anymore. But, as a faculty member at Emerson College's School of Communications in Boston, she is training the next generation of Serious Media Professionals.

Weeks after joining the Hillary bandwagon, Simpson admitted to The Boston Globe that she "made a mistake." But there will be no repercussions. Despite telling BlackAmericaWeb.com earlier this year that "I still think of myself as a reporter who is now teaching about reporting," Simpson is now "considering an offer from the Clinton campaign to stump for the candidate" in front of black Southern audiences. In exchange, the college asked her not to teach "political journalism courses."

But what journalism lessons wouldn't be political in Simpson's hands? "I anchored for 15 years," Simpson snorted, "and I defy anyone to have determined my political feelings from that."...

Here's the rest of Michelle Malkin's column in the New York Post.
Posted by DH at 1:31 PM