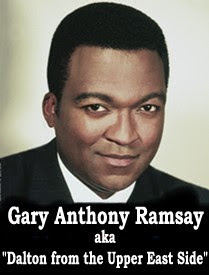 In a strange case demonstrating both unprofessional bias and unpardonable stupidity, a New York television anchorman was forced to resign his job because of his incognito efforts to damage Rudy Giuliani’s bid for the White House by connecting Giuliani's morality with that of Bernard Kerik, who was (for a couple of years, 2000-2001) the NYC Police Commissioner under Mayor Giuliani. Kerik is now involved in a trial on charges of conspiracy, mail fraud, wire fraud and lying to the IRS.

Anyhow, Gary Anthony Ramsay, an anchorman for NY1 News for 15 years made a phone call to an evening news and opinion program to blast Kerik. With a lack of integrity remarkable even among journalists, Ramsay did not reveal who he was. Indeed, he used a false name (“Dalton from the Upper East Side”) to register his rant.

However, the program is one that airs on his own station (!) and, not surprisingly, Ramsay's voice was recognized. Subsequent pressures from the station management led to his resignation.

Ramsay (shown above at left) told reporters that he was sitting at home watching the show and got “frustrated” with callers’ comments, particularly one or two that suggested the Kerik prosecution had been instigated by Hillary Clinton forces.

Regarding his bonehead play, Ramsay gave this puzzling justification, “I am continually apologetic for smudging that journalistic line, but I’m a human being, and I’m subject to the same frailties.”