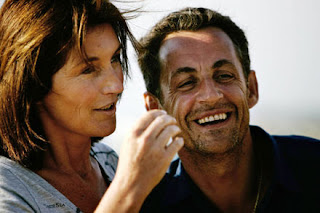 The news that France's recently-elected President Nicolas Sarkozy and his wife, Cécilia, have divorced has produced little more than a shrug from the nation's population. No surprise, though. Not with the marriage rate in France plummeting more than 30 percent in the past generation, with nearly half of those marriages that do occur ending in divorce.

Here's more from the New York Times.
Posted by DH at 2:52 AM