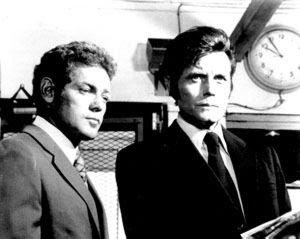 Good grief; they did it! Just when you think you've seen the nadir of American politics, these guys grab a shovel and dig deeper still into the muck.

The House of Representatives, a group of solons that swears they can read the Constitution, has nevertheless passed by a vote of 261-153 Rep. Neal Abercrombie’s HR-505, the “Native Hawaiian Government Reorganization Act of 2007.” That bill, and Sen. Daniel Akaka’s version, quite literally attempt to create a new “sovereign” state within the United States: a new Native Hawaiian “tribe” comprised of descendants of indigenous Hawaiians.

But wait...there's even more to the madness for 39 Republicans voted in favor of Abercrombie’s bill, including New Jersey's Chris Smith!

Jed Babbin responds to these follies in this Human Events article.

...Abercrombie’s bill, as he said yesterday, is “…all about land and money.” There are about 150 current laws conferring federal benefits on native Hawaiians. But they were put in jeopardy by a 2000 Supreme Court decision that struck down a state law restricting to native Hawaiians the right to vote for some state offices. Unsurprisingly, the court said that neither race nor ancestry was a permissible basis for discrimination except within other sovereign governments such as Indian tribes. Because some Hawaiian activists want that money and land, Abercrombie and Akaka are trying to create a new Hawaiian “tribe” where there wasn’t one before.

And that’s the problem. Under the Bureau of Indian Affairs definition of a tribe, the people who comprise it must exist as a community apart from society and have -- from historical times -- political influence over its members. Under those criteria, Hawaiians are no more a tribe than the Cleveland Indians baseball team. But this is no joke. According to one House staff report on the bill obtained by Human Events, this new “tribe” could be comprised of as many as 400,000 people worldwide, including about 20% of Hawaii’s population. It could have authority over people in all fifty states.

Here's the rest of the story and, believe me, it's a wild a plot as anything you ever saw on Hawaii 5-0. But, of course, that was just a television show. This example of political theater is all too real.
Posted by DH at 3:39 AM