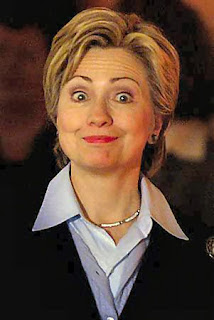 There's always humor in the essays of Don Feder, but the humor is used in the service of very serious exhortations. His latest is no exception. It is a compelling satire of the Democrats' new interest in religion -- an interest quite pragmatic, laughably shallow, and anything but the old time religion they hope to pry American voters away from.

Below is the opening salvos from Feder's column. I think they'll motivate you to zip on over and read the rest right here.

With the predictability of a John McCain temper tantrum (or a John Edwards $200-haircut), every two year the Democrats announce that they're going to fight like hell for the religious vote - a vow duly reported by the media in the hushed tones of revelation.

Thus, a story on the recent CNN Democratic presidential forum began with the following observation: "After barring their souls in a live television confessional, top Democratic White House hopefuls have put Republicans on notice that religious voters are up for grabs."

At the forum, sponsored by Jim (Hugo-Chavez-Is-My- Shepard) Wallis and his Sojourners collective, Hillary Clinton, Barack Obama and John Edwards all did passable impressions of Billy Graham. (Al Gore was off worshipping a tree and praying to the Earth Goddess to smite fossil fuels.)

Hillary confessed that but for her faith, she might not have pulled through the dark night of the soul when she learned that her hubby (notorious for his sexual escapades) was doing some Biblical knowing with a White House intern.

"I am my brother's keeper," Obama proclaimed, adding in gender-correct fashion, "I am my sister's keeper." Given enough time, the Illinois Senator, who's nominated himself for sainthood, probably would have gotten around to his aunts and uncles, second-cousins once removed and every Democratic primary voter in Iowa and New Hampshire.

Edwards expressed his absolute conviction that "The hand of God today is in every step of what happens with me and every human being that exists on this planet." God is my hair-stylist? God is my booking agent? Edwards recently received $50,000 for telling a college audience how to fight poverty. A good thing for him that the poor will always be with us...
Posted by DH at 9:07 AM