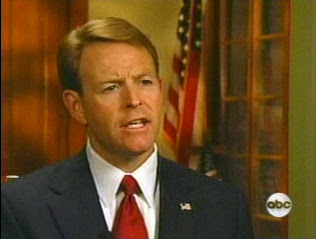 Less than a month before the Democrats rode their tsunami-like wave into power, the leftwing radio company, Air America, filed for Chapter 11 bankruptcy. This should tell you something about the market for liberal talk radio. Rather than compete for audience share, liberals have screamed for government enforced equality.

Issued by the Federal Communications Commission (FCC) in 1949 and repealed in 1985, the Fairness Doctrine ordered broadcasters to give equal time to both sides of controversial issue. Rather than risk enforcement actions and wade through bureaucratic red tape, many broadcasters opted to air non-controversial material, which essentially killed healthy debate and discussion. To preempt liberals from resurrecting the Fairness Doctrine, Rep. Mike Pence (R-Ind.) has introduced the "Broadcaster Freedom Act." The bill strips the FCC of its authority to reinstitute the Fairness Doctrine, effectively codifying the status quo and protecting free speech.

If the left wants equal time to express its views on the radio or television, they have the liberty to do so by starting their own programs and shows. In fact, in the larger media world including broadcast TV, public broadcasting, and print, the left predominates. The challenge for them is getting people to listen. To seek parity in talk radio by restraining the freedom of others is neither free, nor equal, nor fair.

(An excerpt from Tony Perkin's Washington Update published online by the Family Research Council. Sign up for your own e-mail update of this excellent service right here.)
Posted by DH at 8:58 AM