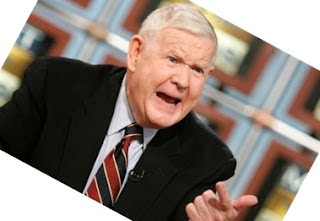 When President Bush took office in 2001 after a close election, pundits -- most of them coming from a center-left background -- immediately accused him of going too far to the right when he began enacting his agenda. The same cries were heard when Republicans began control of Congress in 1995. Congress was misreading its mandate, they said, and moving too far to the right.

No one is giving this Congress similar treatment, but they should. This Congress has misread its mandate, and its leaders are moving much too far to the left. Congress' record-low 14 percent approval rating is significant, and much of the disaffection comes from the political center.

After being elected in order to do something about Iraq and to stem corruption, the Democratic Congress has shown itself corrupt like its predecessor, and it has also capitulated to the President on Iraq. The recent earmark saga, in which Democrats attempted to adopt rules even more opaque than the Republicans before them, comes together with the indictment of Rep. William Jefferson (D-La.) and an endless stream of new accusations against Rep. Jack Murtha (D-Pa.) for using his position as an appropriations "cardinal" to build a base of political money and power in Pennsylvania.

In the meantime, Democrats pursue an agenda hostile to business, which is likely to diminish value for nearly 100 million small shareholders, and supportive of much larger government. The hearings on the Securities and Exchange Commission called by Rep. Barney Frank (D-Mass.) have as their aim the expansion of shareholder lawsuits against corporate management. This could seriously hurt the tiny portfolio of the average small stock owner saving for retirement. Likewise, plans to raise taxes on hedge fund managers will definitely affect the price of equities, slamming small investors. Democratic plans to raise taxes on private equity will keep small investors out of that market, or else it will slam them with increased costs, which will be passed along.

Plans to punish oil companies and discourage new oil and natural gas drilling will result in higher gas prices that persist for a longer duration. Mandates for a variety of alternative energy sources will result in higher electricity prices. The failed union card-check rules would have been devastating for many businesses. Democrats hope to help union bosses regain influence by cutting the Labor Department funds used to enforce disclosure of how unions use membership dues by 20 percent.

Also on tap are plans that would put 71 percent of all children on government medical care... and a plan to regulate talk radio in order to purge or diminish the influence of conservative hosts.

Republicans should have little difficulty making the argument that this is not what the American people sought to do when they threw them out in 2006. Republicans remain on their heels at the moment, but passage of some serious left-wing legislation may be just the thing to scare voters and breathe some life into GOP 2008 congressional campaigns...
Posted by DH at 8:43 AM